the worst you have ever received?

the worst you have ever received?

by w8jn
Whats the worst packing job you have ever received? 6 years ago, I purchased a Drake "7 line station" from a ham in California, shipped to me in Cincinnati. It was the tr7, l4b and ps , speaker, power supply and a few more odds and ends. He neatly wrapped each item in one layer of newspaper and stacked the entire station on top of itself in a heavy duty tall clothing box from a u-haul packing store. I received a station that looked like it was placed in a blender on puree! The guy was offended that I questioned his packing and blamed it all on ups. After some "friendly persuation" he finally refunded my $$$ and I shipped his scrap metal back to him..... happy trading.. 73 paul w8jn

Worst I ever got

by W8ZV
I received a Johnson ranger from a fellow that was paid an extra $30.00 to double box and foam in place said piece. I received it wrapped in a sheet of newspaper in a box with no packing material at all. I was even more amazed to see that it arrived completely undamaged. Unbelievable.
by KC8VWM
An R390 A shipped inside a box full of foam peanuts.

So if anyone is familiar with all the chassis holes that are on the R 390A - you will quickly get the picture.

Please wrap items inside a plastic bag before placing it in the box for shipping.

I prefer wrapping items with the stronger "glad force flex" plastic bags and then taping it up real good before it even gets to see the inside of a shipping box.

by w8jn
i just shipped a tl922. it was a monster job. needed millions of peanuts. i did use a "glad force flex" plastic bag. it does a terrific job!!!
73 paul w8jn

by kenwood
I bought a Kenwood stereo amp from a guy on Ebay and it was delivered in a giant Tide detergent box with newspapers crumpled up to fill the space. I couldnt believe it when I opened it to find that nothing was broken bent or damaged.

by N3KO
Oddly, antenna damage, delivery personnel just loves to jam, crush and bend long narrow boxes. When ever I buy a used radio I request double boxing and will pay extra if they"re using new cartons and packing materials. I also request that the VFO knob be removed so we reduce that getting damaged.

by AC7AZ
John W1JCW and his stellar packaging of the transformer for the Alpha 374 he shipped me. The RF deck was packaged equally poorly, but somehow arrived with only a dead position on the band switch.
The knucklehead then proceeded to blame me for the damage. 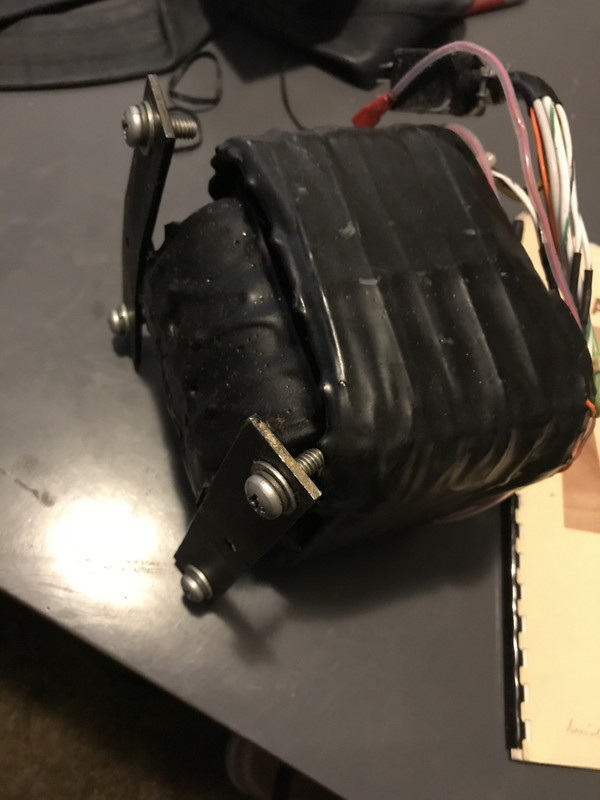 by W5NNX
Air bags used for packing if that is what was used with the transformer, are pretty lame with anything of weight and with pointed edges. Rolling it in heavy bubble wrap would have been better, but not there so don't know. Hope you get it all sorted out.

by AC7AZ
I straightened the mounting tabs on the trans & repaired the band switch that was damaged on the RF deck so all is well now. W1JCW just can’t accept that his packaging job was dismal at best. Kind of an arrogant dick about it too.